The Miracle of ENABLE TALK: Blind is able to hear Deaf is talking 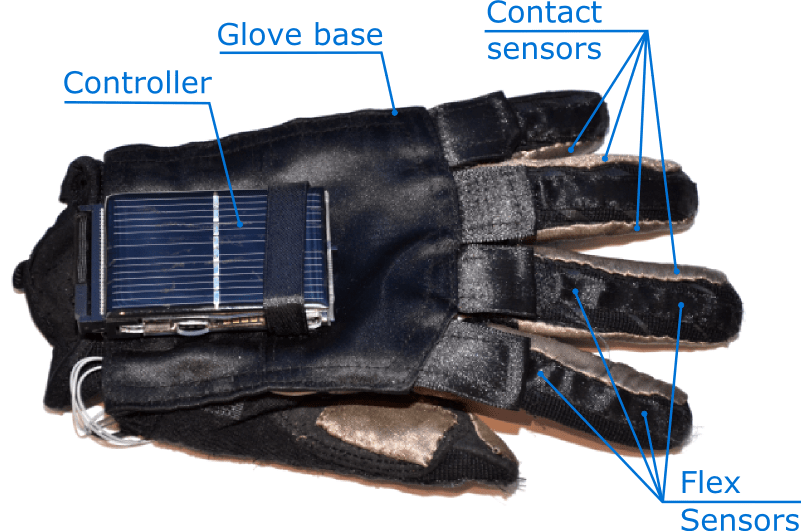 At the front of an auditorium filled with hundreds of people, a programmer from the Ukraine slipped on a pair of thick, black gloves, each dotted with flex sensors and a micro controller. A couple of feet away was a smartphone receiving signals from the gloves via Bluetooth. When the time was right, the programmer made a gesture, carefully and deliberately moving his hands and arms, before an automated female voice boomed through the speakers: “Nice to meet you.” The audience cheered.

This was Enable Talk, a pair of gloves that with the help of sensors and new smartphone software developed by a team of twenty-something programmers from the Ukraine, could change the way deaf people communicate with the world around them. Having worked on it for less than a year, they won first prize at Microsoft’s coveted Imagine Cup last week in Sydney, Australia, getting $25,000 in prize money. They’ll spend it on making their gloves say much more than just “Nice to meet you,” or “We want to see kangaroo” — among the dozen or so sign-language phrases that the gloves can currently recognize.

There is no limit to how many gestures they can program into the software, said team member Maxim Osika during a phone interview from Sydney. “The problem is we are not native speakers,” he added. “So it wouldn’t make sense for us to accumulate the gestures.” Once they’re back in the Ukraine, Osika and his team will work with a handful of deaf students at their college and other native signers, to build a “library of standard signs” for their device.

But it won’t be easy, thanks to the wide chasm between the languages of computer code and signs. They will have to work closely with those who speak the latter if they want their device to be truly effective. “Deaf people have their own sub culture and it’s hard to communicate with them in general,” Osika admitted. Since the project project was first introduced, a few have complained on online forums that hearing people should make more effort to understand the hearing-impaired, not the other way around.

The team is pressing ahead, regardless, pushing to bring their algorithm’s recognition rate up to 99%, from the current 90%, and boost its processing speed. “One of the goals with our development is to work with people who can natively use sign language and build a library of standard signs,” he said, adding that it takes about three minutes to program each new gesture into the system, or four repetitions of the sign.

News of Enable Talk’s win has created a ripple of excitement among other programmers, and the team has been inundated with offers of help in the last few days from around the world.

“We had an engineer from France, some people from Kazakhstan, a developer from Japan, a guy from Russia,” Osika recalled. “We don’t even have time to respond to all the emails. So many pop up all the time.”

One developer was confident he could port the software to Google‘s Android platform and Apple‘s iOS, and help build a library for Japanese sign language. The programmers will start sending prototypes to partners who can help them with development.

What about patenting the device? “Actually we haven’t discussed it yet,” Osika said, before adding, “Let me just check with the other guys, what they think.” A few moments later Osika was back on the phone. “We’ll see how it goes. If someone tries to develop a device like ours, we’re not Apple or Motorola. We’re not going to sue anyone. We’re learning towards more open-source development.” The team hopes to get something to market around 2014, stick together and maybe win another grant from Microsoft.

Their device may seem like an obvious solution for deaf people, but there are only a few competing products, according to Osika, who is who is 27 and studied programming at night at the Donetsk Computer Academy while working day-shifts as a factory manager. One is the AcceleGlove (also open-source), which contains six accelerometers and sends signals to a PC; as of June this year it has ceased production because its embedded sensors are no longer available from its manufacturer.  Osika says the AcceleGlove costed around $1,200 and he’s hoping Enable Talk will cost half that amount or less. “Their functionality is nowhere near what we wanted to achieve,” he said of the competing products, none of which were wireless or had a system for recognizing full signs. “They only recognised finger gestures, or letters.”

Osika and his team mates, Anton Stepanov, Anton Posternikov and Valeriy Yasakov, are all in their mid-to-late 20s and got the idea for the glove when they noticed that a handful of deaf and hearing-impaired athletes at their college were struggling to communicate with their hearing peers.  They started their conceptual research last November and in January 2012 started building the prototype and writing the algorithms.

Once their first prototype was finished, they asked a few of the deaf athletes to test it. “Many of them were so shy they didn’t want to try it,” said Osika. “Only a few brave ones wanted to engage with us.” Not only was it hard to communicate with them, there was an underlying fear, he added, that the programmers were giving them false hope. “That they’ll see a device that might possibly solve their problem but not [be finished].”

The original prototype only worked with finger recognition, or the spelling out of words. The athletes told the team to implement full hand movement recognition. Sometimes they were working through the night, other times meeting a couple of times a week. “It took us six months to get to where we are today,” he said. Now that the gloves can start translating words like “You” and “meet,” it’s time to enhance the breadth of the underlying algorithm, go back to the fellow students and deaf societies in the Ukraine, more meetings and possibly more late-night programming sessions.

“The long-term perspective is to create a company that would manufacture and sell the device,” Osika said confidently. “For now we want to focus on further development, and make our device as great as possible.”

Artice “The Amazing Digital Gloves That Give Voice To The Voiceless” was originally published by Parmy Olson , Forbes Staff (Jul 16, 2012 @ 10:12 AM)