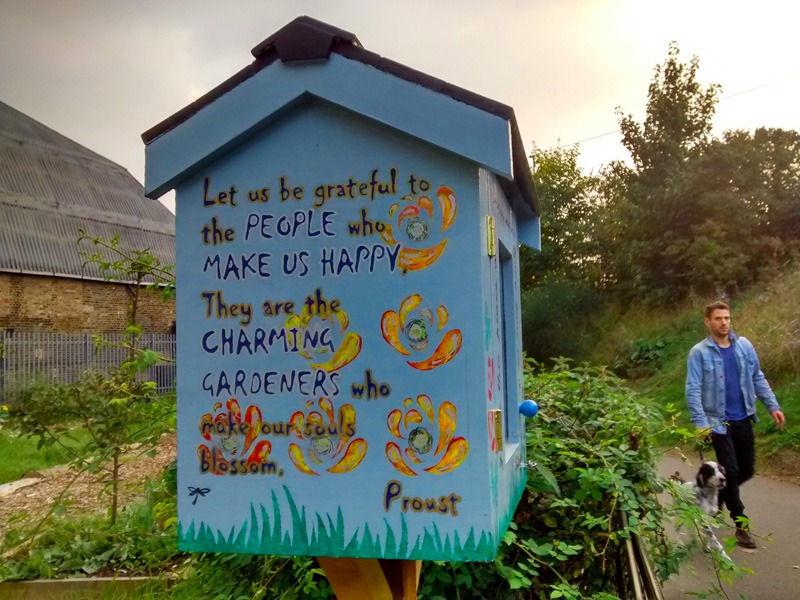 Small Scale Economics: A Vision for a More Beautiful World ?

It is now an undeniable fact, that the current environmental and equity crises have their roots in the unbalances of the mainstream economic system. Unfortunately, there is still a divide between a growing awareness about this and the belief that alternative economic solutions, that would support both people and the planet, would really work. Is it possible to work out a fair and sustainable economy in which citizens working for the common interest can build systems to achieve it?

E. F. Schumacher, a visionary economist born in 1911 thought that yes. It was possible. He is the famous author of Small Is Beautiful, published in 1973, which would become a global bestseller subtitled “a study of economics as if people mattered”. When he died in 1977, Schumacher had acquired world recognition. With the recent interest in more sustainable and circular models of economics, Schumacher has been revisited with renewed interest, as a visionary thinker, which deeply influenced the world to come.

Ernst Friedrich (Fritz) Schumacher was born on 16 August 1911, the son of a college professor. He grew up in Berlin, having witnessed throughout his childhood, the first world war and the German economic collapse of 1923.

Over the course of his formative years and throughout his life, he was obsessed with the core questions of existence. As he wrote in his book A Guide For The Perplexed although his education had given him “maps of life and knowledge” nothing he had been taught seemed to have any relevance or “importance to the conduct of my life”. His lifelong quest would lead him to a three-month sabbatical in Burma, in 1955, which led him to explore what a “Buddhist economy” might mean.

Schumacher was very interested in investigating the role of energy and renewable and non-renewable resources. “A civilisation built of renewable resources is superior to one built on oil, coal, metal etc”, he thought. In August 1960, hid core ideas were articulated in an Observer article entitled “Non-violent economics”, which would, later on, lead to his book “Small is beautiful”. The book is divided into four parts: “The Modern World”, “Resources”, “The Third World”, and “Organization and Ownership”. Profoundly wounded by the experience of two wars, throughout his life, Schumacher’s main concerns were:

How to make the world a safer and better place. How could real peace be won and guaranteed? What should be the shape of the postwar world?

The book clearly stated that “there is more to life than GDP” and how “the world cannot rely on diminishing supplies of non-renewables”. Finally, Schumacher outlined his vision for an economics based on “lots and lots of small autonomous units” instead of large corporations. During the 1970s, his ideas became so popular that he gained world fame. “To very few people”, declared the Newspaper “Times“, “is it given to begin to change the direction of human thought. Dr Schumacher belongs to this intensely creative minority.”

He was as well one of the first ones to truly address the issue of technological development. He thought, that “Technology must be the servant of man, not its master”.

Schumacher was a highly original person, leading a creative, alternative lifestyle. His daughter Barbara Schumacher, born in 1946, mentioned on a Television show, being conscious that “my home life wasn’t like other people’s”. Her father, who had once been a statistician and economist serving as Chief Economic Advisor to the UK National Coal Board for two decades, had turned into a vegetable gardener.

In one of his earliest public lectures, given in March 1948, he described man’s task as twofold: Firstly, “to fully develop oneself” and then “to form one’s relationship to other people – family, groups, one’s countrymen, mankind – sensibly, ethically, or expressed quite simply, with joy.” Schumacher was also a pioneer thinking about the role for “joy” in social policy and economics.

One could say that his core ideas resulted from a belief that the ulfolding of Global capitalism that he was witnessing during his lifetime, and the exhaustive use of fossil fuels, threatened our civilisation. He stated that if one dissipated “the capital represented by living nature” we would be “threatening life itself”.

One of his core mantras was that in order to change man’s relationship with the planet, society needs to combine “freedom and order”, two concepts that can be seen as paradoxical. Schumacher thought that its reconciliation could be achieved by an economic system based on “lots of small, autonomous units”, committed to “the indivisibility of peace and also of ecology.”

Interestingly, his somewhat utopian ideas, during the seventies, are now being revisited by a newer generation of thinkers and economic theorists, interested in circular economics, sharing economy and sustainability. In the book “Small is Powerful“, author Adam Lent weaves an argument for a world where ownership, power and resources are dispersed on a smaller scale, in a way that is better for everyone. He explores the roots of the ‘small revolution’ in the 1970s, mentions Schumacher, and writes how over the past decades (with the help of technology, which Schumacher tended to look suspiciously at) millions began setting up their own small businesses, willingly moving into self-employment. Lent analyses how political and social change is increasingly delivered by grassroots initiatives and how people are now able to make their own decisions about how to live their lives.

Having a deep interest in Spirituality, Schumacher believed and declared that mankind’s duty was both simple and very complex: “We can, each of us, work to put our inner house in order.” The guidance for this task, he concluded, should not come from the state, or from science and technology, but from humanity itself, “the traditional wisdom of mankind”.

Schumacher died in 1977 but his basic message is still, today, speaking dearly to all of us, working for a better future on our planet.

“Our task is to look at the world and see it whole.”